Have you ever wondered what it would be like to spend a few precious moments under the water with Bottle Nose Dolphins?

On Cocos Keeling Islands it apparently happens quite often.

On our last trip to Cocos we were treated to some fantastic dolphin interaction, not only while free diving during surface intervals with Manta Rays but also on Scuba.

Now, when we first arrived on Cocos none of us had any idea that we would be diving with Dolphins , I know as divers, all of us are ever hopeful of the elusive Dolphin interaction, and if you are lucky enough, as we were, to experience it while on Scuba, it definitely leaves a big smile on your dial.

Our day started like the others, Pick up at the beach house by Dieter and Karen from Cocos dive Centre to head to the Jetty for our last day of diving on this Tropical Paradise ( no kidding), we were actually hoping to see Kat, the resident Dugong on this day, as we headed out to our first dive site, an area that we hadn’t dived before, we had no idea that we would be diving with the dolphins. 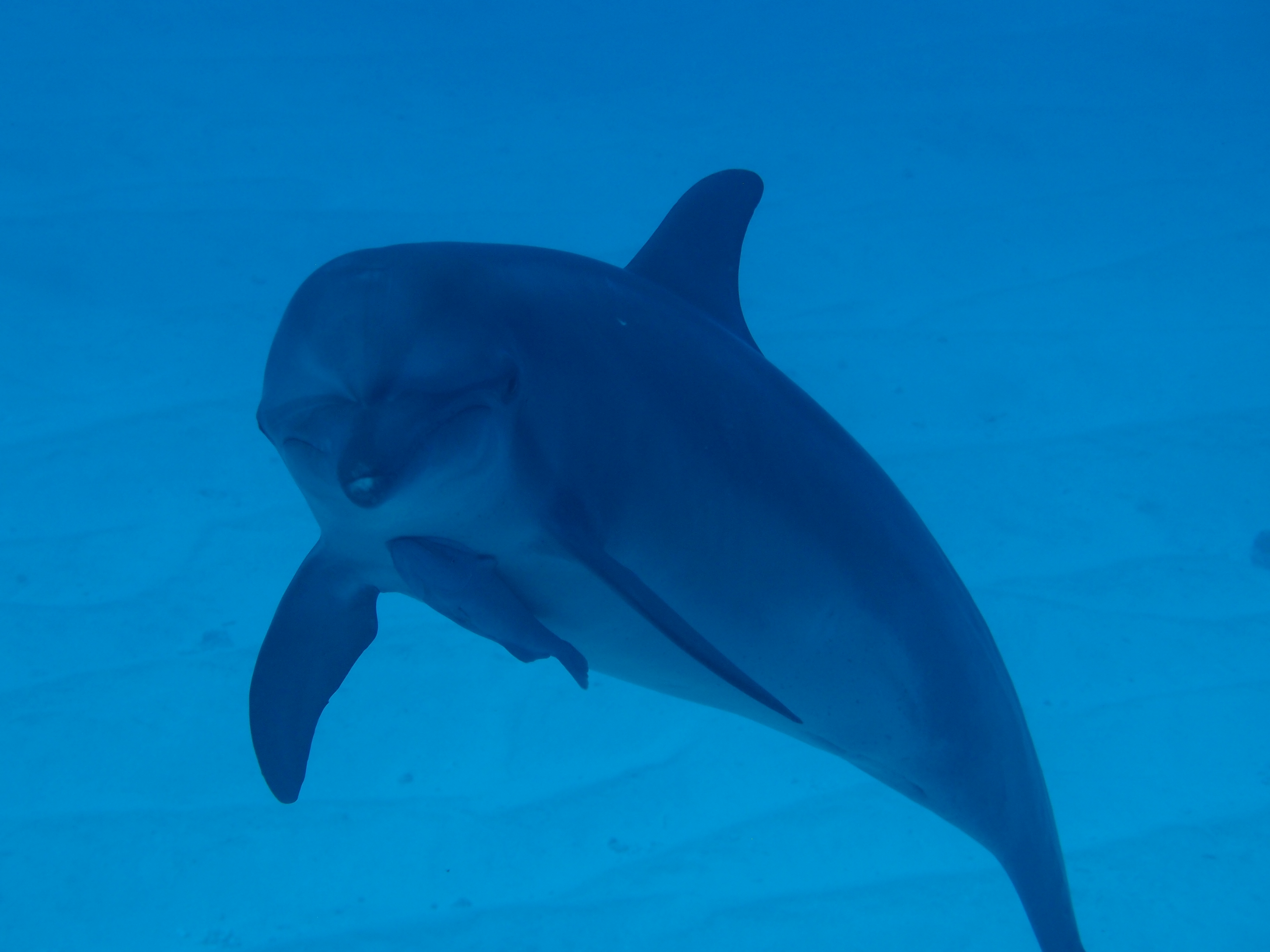 This particular dive site was quite unique as it featured a gently sloping wall covered in yellow fan corals which were growing vertically rather that out from the wall, we were also told during the dive brief that the between the reef and the Island we would find a large sandy patch, we descended into warm clear blue water and soon found ourselves in a large school of big eye Trevally, we get loads of these at home in the Gold Coast Seaway, our local dive site, but I personally never get tired of diving with them, while I was enjoying the sensation of being enveloped by the Trevally, I notice Peter, my husband, indicating to me that he had just seen some Dolphins, over on the sandy patch, he obviously thought they left the area as he just did a joyful little jig and kept going. I thought I would investigate a bit further, hoping they would be in a playful mood, and headed over to the area he last saw the Dolphins, sure enough, within 10 seconds I was rewarded with a sensational Dolphin experience. Up close and personal, posing for photos, they continued to delight me and my dive buddy Shaun for a good couple of minutes. They rolled in the sand, came close to see if we were enjoying the experience, making sure we got some great shots to take home.

Back on the boat , Dieter then told us about the interactions they have had with the Dolphins, including games of tag with sea cucumbers and puffer fish soccer, all instigated by the dolphins.

We pulled anchor and headed to a spot  for lunch were Dieter said we may see some Manta Rays. Sure enough, within, 1 minute of pulling up we had four Manta Rays circling the bommies beneath us, wasting no time, we silently slid in the blue to experience some one on one with the Mantas. Diving is anything but boring at any time, but to discover that the Dolphins had followed the boat and were now competing with the Manta Rays for our attention was just sensational. 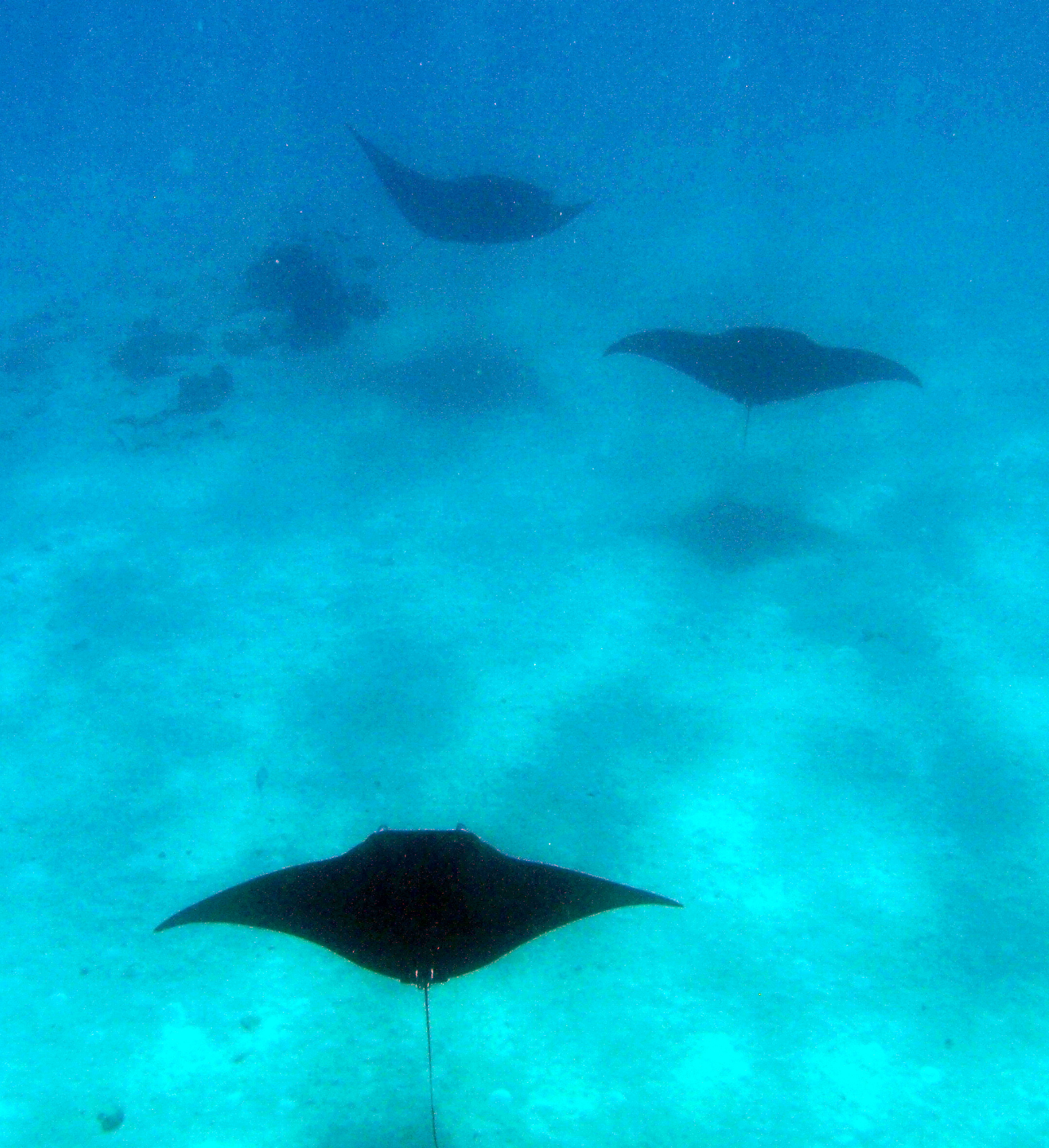 For the week we dived on Cocos Keeling, we had quite a few dolphin and Manta Interactions. On one occasion we free dived with more than 20 Manta Rays while they were in a a feeding pattern, on the very first day of diving we free dived with dolphins during our surface interval.

If diving with dolphins is on your radar, then Cocos Keeling Islands would be the hot spot. We loved it so much we are heading back next year in 2015. if you would like to join us for this adventure, give us a call or just keep an eye on our travel page for upcoming booking details.

Oh, and did we see Kat the Dugong? YES! We did, not under the water but on the surface. Maybe next time he will be a little more inquisitive and feel like some Devocean interaction.