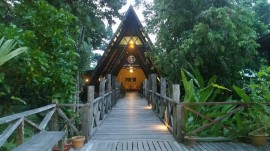 SIPIDAN……. One of those places I had always wanted to experience, when I first started diving in my 20’s Sipidan had the reputation of being one of the top 5 dive destinations in the world, I could only begin to imagine the beauty of the reefs surrounding this mystical island. 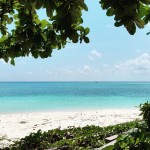 In 1964 it was made into a turtle sanctuary and Jacques Cousteau’s film, ‘Ghost of the Sea Turtles’ brought international fame to Malaysia’s only truly oceanic island. The charismatic Frenchman announced, “I have seen other places like Sipadan, 45 years ago, but now no more. Now we have found an untouched piece of art”.

In the 1990’s It was agreed the island was being loved to death, in those days there were resorts on the Island, and due to it’s popularity the coral polyps were being smothered by silt and finding it hard to regenerate.

Forward to 2000 and people took interest in Sipidan for the wrong kind of reason, Abu Sayaff Guerillas raided the Island and kidnapped 21 tourists and staff and held them for over  a year ransoming them off for millions of dollars, needless to say, this put a bit of a damper on tourism for a while with divers opting to go elsewhere.

Navy and Malaysian Army to the rescue, they start hanging out on Sipidan to make sure tourists are safe and things pick up again, they are still there today, as there are Pirates out and about waiting to pounce on unsuspecting tourists.

In 2004 though the Malaysian government orders all resorts off the Island.

Now entry to dive or visit the island is subject to approval by the Sabah Park Management, which is in control of issuing entry permits. The total number of entry permits is restricted to 120 visitors per day and there is a small fee for each entry permit.

So, check with the resort you are staying with to see how many divers are there during your visit, each resort is allocated  a certain amount of .entry permits , and not each day,

We were really lucky, we dived Sipidan most days, only  a 20 min boat ride (with our ARMY guard left) 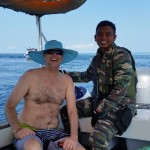 I was so excited to finally be diving there. It did not disappoint, my first backward roll landed me in trevally soup, the the largest school of hump headed Wrasse I have ever dived with just hung around the dive group for ever.

Huge schools of barracuda at the point, loads of sharks, and the macro was pretty good too.

We stayed at Kapali Dive Resort, OMG STUNNING! You can snorkel around the resort and dive it’s man made reef, great night dive. Food Good, everybody happy! 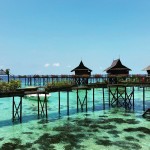 Wake up in the morning to so many Green Turtles swimming around your room. (Not around IN your room, outside around the stilts) They are everywhere, and they are big!

After diving around Kapali and Sipidan it was time for the next leg of the journey.

We head back to the mainland and jump on to a flight to Sepilok, home to the rehab centres for Orangs and Sun bears! After a yummo lunch we head down to the rehab centres, most of these animals are there because they have spent most of their lives in peoples homes as pets or their home has been destroyed through deforestation. You can volunteer your time there if you like.We settle into our accommodation for the night, go for a night walk in the forest , why not? Next day after breakky drive for a couple of hours and end up at a dock, jump onto a couple of boats and head to Sakau Rainforest Resort, deep in the Bornean Jungle, takes a couple of hours to get there, but I don’t think anyone cared, there was so much life in the trees, so many different types of monkeys including probuscus, crocodiles as well.

Now this rainforest is visited by loads of famous people who come and research the animals, I stayed the the same room as Sir Richard Attenborough!!! ( he was not there, he had just previously stayed there, just saying) This place is not 5 star, but it is STUNNING, I could have easily stayed there for a couple of weeks and if I had of known how beautiful it was I would have booked it for longer. The afternoon river safari  was excellent, saw loads of different kingfishers and OTTERS! Who new there were otters there, ssooooo cute, Loads of monkeys as well.

Night safari on the river saw us being chased by a large Croc, being from Australia we all took it in our stride, NOT!! very interesting evening.

Oh we saw quite a few different pythons as well, small ones, big ones and flying snakes, google it! They exist!

Orangutans come into the resort, elephants (pygmy ones, YES they exist as well) very cool,  I am going back, just loved it.

After all this back to nature stuff we ended up in KL for a couple of days of big city fun, took a batik lesson, and of course SHOPPING! and FOOD!

Another fantastic adventure with the Devocean crew, Don’t just dive with us come alive with us!